Your Position: Home > Business Services > What are digital elevation models used for?

What are digital elevation models used for?

Digital elevation models (DEMs) are needed for mapping and modelling natural hazards and risks that are influenced by topography, for example floods and landslides.

Since water only runs downhill and the flow of water is channelled by objects that are higher than the water level, elevation information is used to model the flow of water and to determine possible inundation areas in case of floods. Step-by-step procedures how to use DEMs for flood modelling are provided in the practice recommended by University of Purdue .

Slope is a decisive factor for landslides. Generally, landslides occur only in areas with a certain initial relief contrast in the source area of the landslide. Slope can easily be derived from DEMs; any standard remote sensing software provides tools to automatically derive a slope image from a DEM. In a study performed at the GFZ Helmholtz Center Potsdam and published in August 2014, a DEM of 30m spatial resolution derived from the X-band data of the Shuttle Radar Topography Mission in February 2000 is used in combination with multi-temporal NDVI trajectories derived from 5m resolution RapidEye optical satellite imagery to automatically detect landslides over large areas. The approach can be used for generating multi-temporal landslide inventories and regular monitoring of landslide activity. It was applied successfully in a study area in Kyrgyzstan with an average landslide size of approximately 13,000m2. According to the authors of the study, further methodological development is needed to adapt the approach to regions where the natural environments largely differ from the conditions in Central Asia. 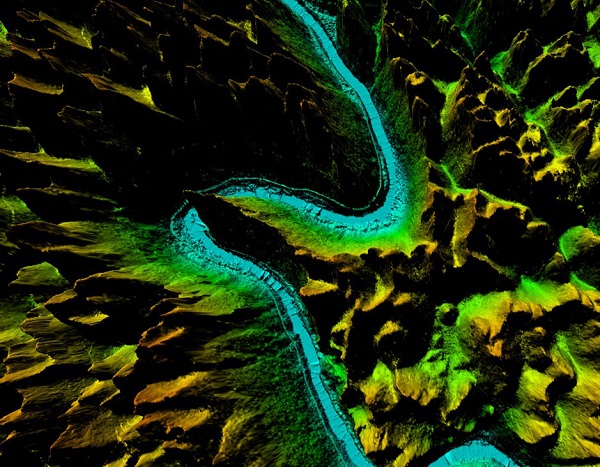 How is elevation measured from space?

Very precise and high resolution elevation measurements are possible using airborne laser-ranging (lidar) instruments. The first space-borne lidar instrument for continuous global observations of Earth was the Geoscience Laser Altimeter System (GLAS) onboard ICESat (2003-2009), which was designed to measure ice-sheet topography and associated changes. The resulting DEMs for Antarctica and Greenland have a horizontal spatial resolution of 500m and 1km. The recently launched ICESat-2 (2018) with the ATLAS instrument onboard is also designed for the observation of ice-sheet elevation change

How to choose a Cross-Border Logistics Management Solutions Sof