You'd be hard-pressed to find anyone unfamiliar with ginger, a root whose health benefits are well known, but few people know it's a Thai cousin to black ginger! The two have some things in common, but there are many different aspects, including flavour and properties. Watch to find out more!

Today we're talking about ginger and black ginger, two relatives that have some things in common but have many different aspects to understand. They are not the same thing, even though they are somehow related.

So let's start with ginger. It's something everyone is very familiar with and even if you're not in the health field or have no interest in health, you still know what ginger is. This is not necessarily true for the other herbs we like to talk about, such as reishi, gibberellic acid or cordyceps, Gingermost people don't know what they are. But in general, there, people are very aware of ginger. Now ginger originally came from South East Asia. However, it did not take much time for it to migrate around the world hundreds of years ago. 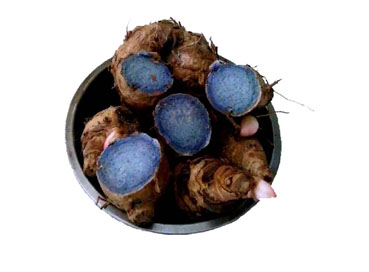 It belongs to the ginger family, and within this family, there are 52 different genera and over 1300 species. So it is a large family with different roots. Interestingly, turmeric is also in this family. So there is another big name in this family. Ginger is not the only one. And the benefits are very widespread. And then it's an antifungal agent.

There are some indications that it may help with the growth of cancer. Although these are very early studies, more research is definitely needed in this area before we can make any serious claims about ginger. It can help you regulate your blood sugar. It is a good anti-inflammatory, which is very important in today's modern world.

It will also support digestion. It reduces the amount of time food spends in the stomach, so it will improve things like intestinal transit time, which overall is very good for your digestive health. If you actually consume whole ginger, it does contain prebiotic fibre as well, but most people consume it in the form of some sort of extract. As I said, this would be to reduce oxidative stress, which is associated with inflammation. It's a powerful antioxidant in its own right. 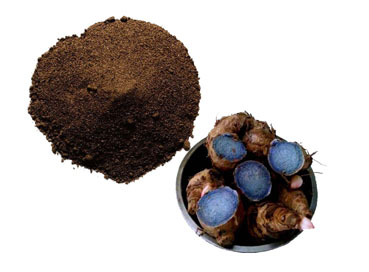 This is from Thailand. It's not very well known outside of Thailand, but a lot of research has been done on it. The first thing people usually want to know is how does it taste? Now it's not really black, although that's what it's called. It really is a deep, dark purple colour. It tastes completely different from regular ginger. It has a spicy flavour, but it's much softer than ginger. It's just a little bit of the normal spiciness and heat of ginger and it has a much earthier flavour. Black ginger extract is available in powder form, liquid form, and capsule form. The powdered form is marketed as a food ingredient.

Now, in terms of its benefits, research has been very focused on physical health and performance-enhancing benefits in terms of dealing with actual performance indicators such as endurance, muscle strength and grip strength. It also activates the metabolism of brown adipose tissue. So it really gets your energy-burning, get you burning fat and speeds up your mitochondria. So it's interesting in that department as well.