Your Position: Home > Construction & Real Estate > Headstone, Tombstone or Gravestone? Which Is Right?

Headstone, Tombstone or Gravestone? Which Is Right?

If you’re new to the world of end-of-life planning, the terminology used can be confusing. It’s almost like learning a foreign language. Some words might seem like they can be used interchangeably. However, there are some subtle nuances that differentiate them from one another.

A great example of this is the words “headstone,” “tombstone,” and “gravestone.” Many people use these words as interchangeable synonyms. But are there differences to keep in mind when using them?

In modern days, people tend to use the words “headstone,” “tombstone,” and “gravestone” synonymously. But while language has evolved, the words weren’t always used that way. They were originally coined to describe three different things.Headstone, Tombstone or Gravestone? Which Is Right?

The word “gravestone” is Middle English in origin. Its original usage dates back to between the years 1175 and 1225. Back then, the word was used specifically to refer to a stone slab that was laid over a grave.

This stone might have had words, dates, or the name of the deceased engraved into it. But it didn’t resemble the straight up and down grave marker most people think of today. It was a large stone slab that lay horizontally to cover most of the grave plot.

The word “tombstone” first came to the English language around the year 1560. It is Greek in origin. In Greek, the word “tymbos” means “burial mound” while the word “stia” means “pebble.” From there, “tymbos” evolved into “tomb” and “stia” became “stone.” In this era, many coffins were made out of stone. 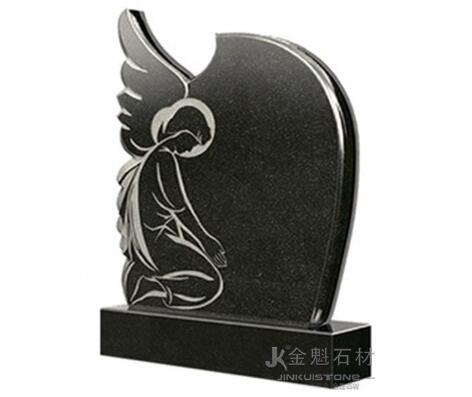 “Tombstone” initially was coined to describe the lid of a stone coffin.

Lastly, the word “headstone” was originally used starting in 1400 as a synonym for “cornerstone.” A cornerstone is a ceremonial stone that sits at the corner of a building. It typically joins two exterior walls together. It can be inscribed with the starting and ending dates of construction, as well as the names of the architect and building owner. It may also include other interesting details about the building.

Cornerstones tend to be significant both structurally and symbolically. They didn't just contain information about the structure, either. Cornerstones also provided a reference point for every other stone used in the foundation of the building.

Over time, the definition of headstone evolved. Instead of referring to a cornerstone, it came to be associated with a grave marker. This development makes sense. In its original usage, a headstone featured important information about a building. In its later usage, it featured important information about a person buried in a grave. By the year 1775, headstone had fully evolved to a new usage defined as “upright stone at the head of a grave.”

When to Use Headstone, Tombstone, or Gravestone

We’ve talked a little bit about the ways the words “headstone,” “tombstone,” and “gravestone” have evolved over the years. But it can still be difficult to remember the subtle variations between them.

The word headstone was once a synonym for cornerstone. Currently, it is used to describe an upright stone at the head of a grave.

A headstone contains information like the name of the deceased and the dates of their birth and death. It might also feature a memorial quote or a picture of the deceased.

The word tombstone was once used to describe the lid of a stone coffin back in the mid-1500s.

Over time, its definition changed. Now it describes the upright stone that sits at the head of a grave. This stone will contain the deceased’s name, as well as the dates they were born and died on. Some tombstones will include an epitaph or even a likeness of the deceased.

Gravestones were once used to describe a large stone slab that covered a grave. The slab might have been inscribed with information about the deceased. It could include their name, the dates when they lived and died, and an epitaph.

It might also have included decorative elements like gravestone symbols. These days, a grave ledger would be the closest to what a gravestone originally described. A gravestone in modern parlance is used synonymously with headstone and tombstone.

JINKUI Stone is an expert of manufacture and export of tombstone and marble carvings.We provide Granite Memorial Benches,Angel Headstone and so.

What kinds of plywood are there?

What is Color coated steel Coil?